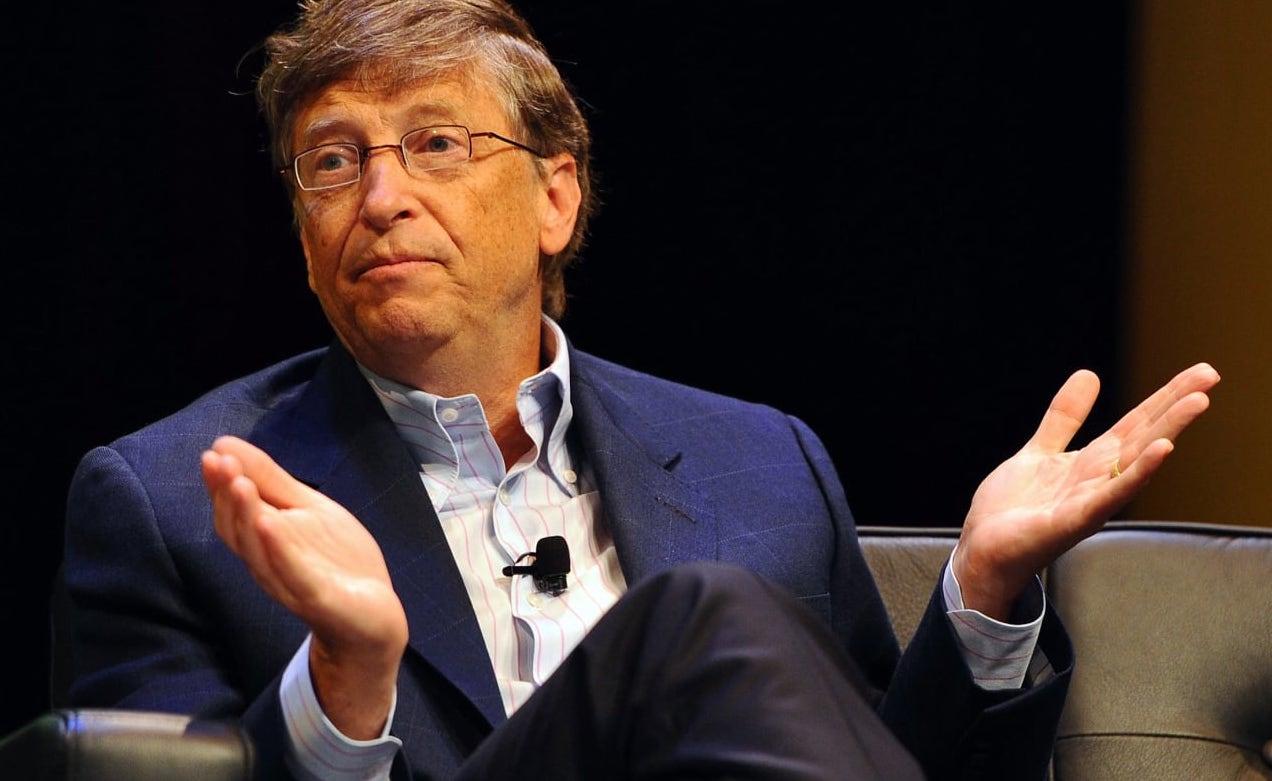 Your Bill Gates moment has arrived.

It seems like ancient history now, but on May 26th, 1995, the wealthiest man in the world, who was then running the industry’s most dominant technology franchise, hoisted a white flag up his company’s pole and proclaimed that he had been wrong — the Internet had won.

That day was when Bill Gates penned what is now a historic memo to his executive staff simply, but directly titled “The Internet Tidal Wave.” Never known for his product imagination or keen sense of market timing, to his credit, Mr. Gates had at least figured out that two-way consumer ‘information highway’ was going to be big well before 1995. The problem was he had been leading his troops down a dead end highway called ‘Interactive TV.’ To achieve online peer-to-peer connection power, the promise of ITV was to build a privately owned network via a ‘two-way cable’ set top box that had nothing to do with the Internet. It seemed like a reasonable idea at the time, since millions of homes already had one-way cable, but it turned out that the magnitude and expense of such a task made it economically, if not also technologically, implausible.

For an inside look on how Bill Gates saw the prospects of Interactive TV, you can read an interview I did with him for Red Herring in September of 1993.

Bill Gates’ bold and sudden strategic pivot to the Internet — which I would argue only a company founder would have had the risk tolerance to make — saved Microsoft a lot of future pain, misfortune and, most importantly, kept them in the game. While no longer the ‘King of Tech’, only Apple and Google have market caps larger than Microsoft’s today.

The point here Zuck is that you are in the exact same spot Bill Gates was in 1995. If you don’t make a bold move now, Facebook could end up in the trash bin of technology companies that failed to embrace kiwigambling.co.nz the next wave of innovation. Study the demise of DEC, Compaq, Palm, Blackberry, Blockbuster, and Kodak as a starter. If Steve Jobs hadn’t returned to Apple in 1997 and give the company he co-founded an innovation boost by turning his NeXT operating system into OSX, and rolling out the iPod in 2001, Apple would most certainly have turned to dust.

Zuck, you can stand up straight with your shoulders back and claim your throne as the most dominant pioneer of social media. Between Facebook, Instagram, and WhatsApp, you have kept friends and families connected in a increasingly scattered world. But that was the social networking era of yesteryear.

Steve Jobs told me in interview back in 2006 that the biggest issues that would determine the fate of the Web were not technical issues, but geopolitical. Nothing has changed. It’s time to get busy on your reinvention.

The Facebook Shit Show
So why is Facebook in such a heap of trouble today that people are joining the #DeleteFacebook campaign, and you’ve been dragged in front of Congress? Let’s first start with the obvious — Social networking 1.0 (SN 1.0) is not only dying, it is increasingly mistrusted.

To support the dying part of the argument, all we have to do is look at the earnings report of both Facebook and Twitter last week. In sum, both of your stocks were crushed after disclosing that both of your revenue and user growth stats are waning, while at the same time the infrastructure costs necessary to offer better platform security and filter out ‘fake news’ and hateful rants are ramping up.

As to why a growing contingent of your users are contemplating Facebook suicide, you need not go any further than to listen to the wisdom of the industry insiders whom you have worked with and respect, but who are now dogging you in public. We can start with the recent reflections of one of your early coaches, and Facebook’s first president Sean Parker. Sean stated the obvious when he said that the primary business objective of SN 1.O is simply — ‘How do we consume as much of your time and conscious attention as possible?’ Driving this objective is a business model where you make billions trading your customer online behavior like a commodity on the ‘attention economy exchange.’

But as Sean confesses, the path to keeping the ad exchanges well fed and the money rolling in is very dark. Facebook and Twitter have basically become modern day drug lords. To keep your franchises growing, you inject your members with regular hits of dopamine you call ‘alerts.’ In the early days, I was excited to see the little red numbers pop up on my Facebook page because it meant meaningful things were happening, like someone had accepted my friendship request, or commented or liked my post. I even enjoyed the occasional ‘poke.’ Just randomly scrolling through my alerts at the time of this writing, however, I see none of the above actions creating the firehouse of alerts in my box. Instead, it’s all about groups I never wanted to join, events I would never attend, and people begging me to ‘like’ this vanity page or God knows what. Now I admit, I have not kept up with all the new Facebook bells and whistles, but the user-interface and alert criteria feels like it has turned your site into a bit of a shit show. 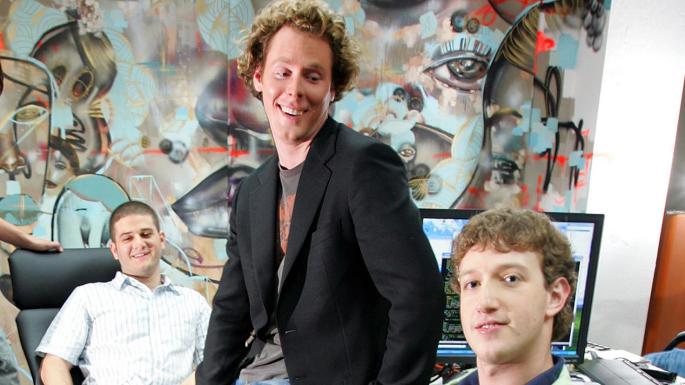 According to Sean’s analysis, ‘Facebook offers a social-validation feedback loop — exactly the kind of thing that a hacker like me would come up with because you’re exploiting a vulnerability in human psychology. The inventors and creators of social networks — and I am talking about me, Mark [Zuckerberg], and Instagram founder Kevin Systrom — all of us — consciously understood exactly what we were doing, and we did it anyway. God only knows what it’s doing to our children’s brains.’

This business model based upon ‘customer-as-product’ was very publicly and resoundingly denounced by Tim Cook, ‘We could make a ton of money if we monetized our customers, if our customers were our product, but we’ve elected not to do that. We’re not going to traffic in our customers’ personal life. Privacy to us is a human right, a civil liberty.’

As you are quickly and painfully learning, this form of customer exploitation may be lucrative in the short-run, but it will not be sustainable in the long run. People’s time is valuable. If you care about your customers, you should protect their time with the same kind of rigor as you strive to protect their privacy and other digital rights.

We are sure another alarm bell when off in your head when the two WhatsApp founders quit Facebook. Purportedly, WhatsApp founder and CEO Jan Koum left Facebook and the company’s board in April after clashing with management over strategy and Facebook’s attempts to use its personal data and weaken its encryption. By then, WhatsApp co-founder Brian Acton had already left left the company and joined a chorus of former Facebook executives critical of Facebook and endorsed the #DeleteFacebook social media campaign in the aftermath of the report that Cambridge Analytica had inappropriately obtained the private information of 87 million Facebook users.

Now you know well, and publicly acknowledged, that ‘the independence and protection of its users’ data’ was a core WhatsApp tenet that Koum and Acton promised to preserve when they sold their company to Facebook. The co-founders were big believers in privacy. They took pains to collect as little data as possible from their users, requiring only phone numbers which I am sure put put them at odds with the data-hungry Facebook machine. In their eyes, Facebook has failed to live up to these tenets.

In your own post after their departure, you credited Jan with teaching you ‘about encryption and its ability to take power from centralized systems and put it back in people’s hands. Those values will always be at the heart of WhatsApp.’ But recognizing a promise, and delivering on it are two different things. Eighteen months after the purchase, the promise not to share data evaporated. Facebook pushed WhatsApp to change its terms of service to give the social network access to the phone numbers of WhatsApp users, along with analytics such as what devices and operating systems people were using.

(For the record, Koum and Acton were openly disparaging of the targeted advertising model since 2012 when they wrote in a WhatsApp blog that online advertising was ‘a disruption to aesthetics, an insult to your intelligence, and the interruption of your train of thought.’ Obviously the $19 billion price tag you paid to buy WhatsApp gave them at least temporary amnesia.)

Roger McNamee, one of your long-time mentors and largest shareholders observed in an op-ed piece he wrote for the Guardian last January which stated that while your intentions may be good, ‘the only way you can address the harm you are causing is abandoning your current advertising models.’

The comments and actions from former allies like Parker, McNamee, the WhatsApp founders and other former Facebookers are evidence of a souring public sentiment towards Silicon Valley companies like Facebook and Google. Once lauded as a wunderkinder, fairly or not, you have become the mainstream media’s poster child of all that is evil about Silicon Valley.

Your members no longer want to see the online giants make billions of dollars trading their online activity like a commodity on the attention economy exchanges. Consumers have become increasingly repelled and annoyed by ad tracking, dopamine-driven engagement tactics, and the proliferation of fake news. In Facebook’s current state, your business is on a treadmill you can’t get off, and I promise you, this treadmill is not sustainable. Zuck think Bill Gates. We know you get it, becuase you slyly observed in your ‘2018 New Year’s Facebook post,’ that cryptocurrencies and the blockchain are ‘counter trends to technology as a centralizing power.’ It’s time to seize the moment and act on your instincts!

But fear not Zuck! Stay tuned for part 2 of this missive which will provide you with the crypto path to a new freedom and prosperity that will leave your members feeling good again and put even more money in your pocket. I know there is a light in your head and you feel dead on your feet, but like all great entrepreneurs you are a rolling stone. The sun is shining and it’s a new morning.

Winding your way down on Baker Street…